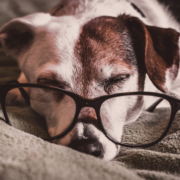 There’s no getting around it: Aging happens, even to our beloved four-legged friends. Like us, pets are considered seniors when they’re in the last third of their life span. While a cat may not be a senior until they’re 10, a Great Dane with a shorter life expectancy could be a senior when they’re six! One of the most important things to remember is that advanced aging is not a disease — it’s a time when your pet’s needs are changing. It’s up to you to help them with these changes. Read on for tips on how to help your pet live happier and healthier to a ripe old age.
END_OF_DOCUMENT_TOKEN_TO_BE_REPLACED
https://hotlineforwildlife.org/wp-content/uploads/2019/08/old-dog.png 1253 1880 Elizabeth //hotlineforwildlife.org/wp-content/uploads/2018/09/Wildlife-Hotline-logo2.jpg Elizabeth2019-09-23 14:59:142019-09-23 16:31:43Tips for Making Your Pet’s ‘Golden Years’ Happy and Healthy 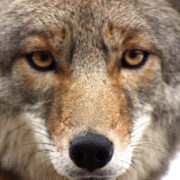 Rabies is a preventable viral disease of mammals most often transmitted through the bite of a rabid animal. The vast majority of rabies cases reported to the Centers for Disease Control and Prevention (CDC) each year occur in wild animals like raccoons, skunks, bats, and foxes. Small mammals such as squirrels, rats, mice, hamsters, guinea pigs, gerbils, chipmunks, rabbits, and hares are almost never found to be infected with rabies and have not been known to cause rabies among humans in the United States. Bites by these animals are usually not considered a risk of rabies unless the animal was sick or behaving in any unusual manner and rabies is widespread in your area.
END_OF_DOCUMENT_TOKEN_TO_BE_REPLACED
https://hotlineforwildlife.org/wp-content/uploads/2018/10/Coyote-face.jpg 853 853 Elizabeth //hotlineforwildlife.org/wp-content/uploads/2018/09/Wildlife-Hotline-logo2.jpg Elizabeth2019-09-13 04:20:042019-09-13 05:03:06Rabies 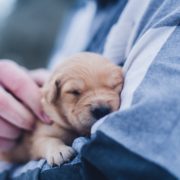 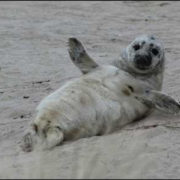 The gray seal pup season is typically January through March; the harbor seal pupping season usually begins in May in the Northeast region. The National Oceanic and Atmospheric Administration officials are reminding beachgoers to keep their distance from the animals. People are asked to stay at least 150 feet away from the seals to prevent injuries to themselves or the animals. Please be sure to keep pets away from seals for everyone’s safety.
END_OF_DOCUMENT_TOKEN_TO_BE_REPLACED
https://hotlineforwildlife.org/wp-content/uploads/2019/02/Seal-Pup.jpg 299 580 Elizabeth //hotlineforwildlife.org/wp-content/uploads/2018/09/Wildlife-Hotline-logo2.jpg Elizabeth2019-09-13 04:13:422019-09-13 05:03:06NOAA Reminds Public to Stay Away from Seals

This website uses cookies to improve your experience while you navigate through the website. Out of these, the cookies that are categorized as necessary are stored on your browser as they are essential for the working of basic functionalities of the website. We also use third-party cookies that help us analyze and understand how you use this website. These cookies will be stored in your browser only with your consent. You also have the option to opt-out of these cookies. But opting out of some of these cookies may affect your browsing experience.
Necessary Always Enabled

Any cookies that may not be particularly necessary for the website to function and is used specifically to collect user personal data via analytics, ads, other embedded contents are termed as non-necessary cookies. It is mandatory to procure user consent prior to running these cookies on your website.