A member of the genus Canis the coyote is related to the domestic dog. Generally 24 inches at the shoulder and weight about 20-50 pounds. Including a bushy tail it can be three to four feet in length. They have narrow, elongated snouts, lean bodies, thick fur, bushy tails and yellow eyes. They are approximately the size of medium sized dog.

The Eastern Cottontail is the most common rabbit in Massachusetts. It is a medium-sized, brown rabbit with large eyes, ears, and hind legs, and sports the characteristic “cotton ball” tail with a white underside. Cape Cod is also home to the less abundant New England Cottontail, which has a very similar appearance to the Eastern Cottontail but is facing population declines and is the subject of conservation efforts in Massachusetts. Eastern cottontails are a critical link in the food chain for many wild mammals, such as foxes, raccoons, and coyotes, as well as birds of prey. This elusive prey species adapts to many human environments and can be found in areas where brush or similar cover is interspersed with open meadows, fields or lawns. Active primarily at night, their presence is often revealed by their taste for garden plants, shrubs, and, in the winter, the bark of young trees. 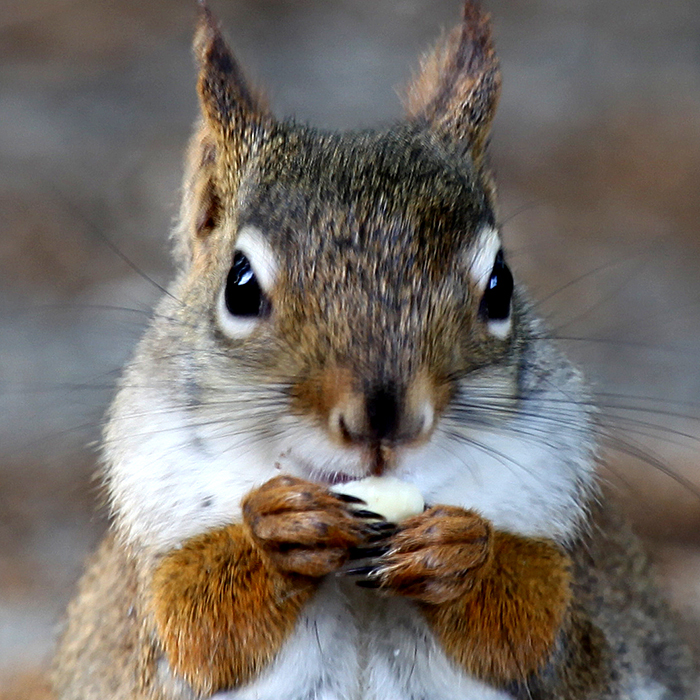 It would be hard to find anyone over the age of five that does not recognize a gray squirrel on sight. The eastern gray squirrel is about eight to ten inches long with a bushy tail almost as long. While we are familiar with the gray, eastern gray squirrel, there are color variations that range from a reddish-brown tint to almost pure white to all-black. They generally weigh no more than two pounds.

An adult red fox weighs 7-15 pounds, has a body length of two feet with a bushy, white-tipped tail measuring from a foot to a foot and a half long. At birth babies are covered in short, dark fur and have wide, blunt noses and rounded ears. As a red fox matures its nose and ears become triangular. The distinctive red coat with black leggings and paws complete the animal we are all familiar with.

Baby mammals usually resemble the adult with shorter hair/fur, especially on their tails. Most wild mammals don’t leave their mothers until they’re nearly adult-sized, and most will be born in the spring and not be independent until fall. However, a baby mammal without a mother present is not necessarily an orphan. 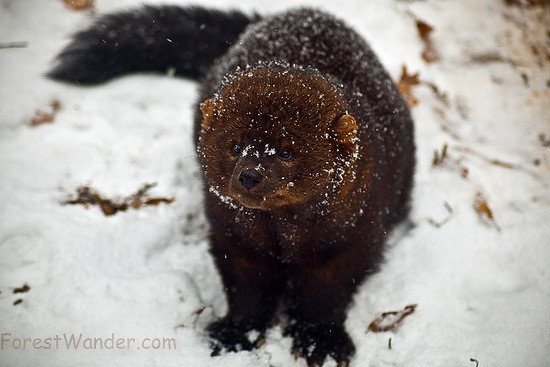 The fisher exhibits the typical “weasel” shape with a long, slender body, short legs, and furred tail. It has a pointed face with large, rounded ears set close to the head. It is well adapted for climbing and has sharp, retractable claws similar to those of a domestic cat. Its coloration is generally a rich brown to black with grizzled grayish coloring on the head and shoulders. Females typically have the darkest fur. Individuals may have white patches of fur on their chest and lower abdomen. 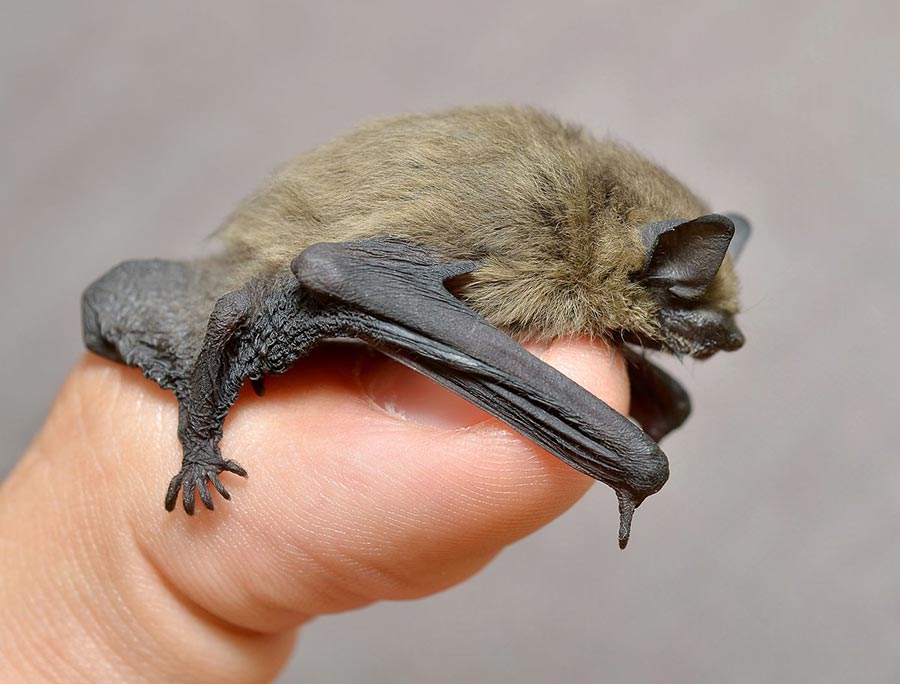 Bats vary considerably in size and appearance. The smallest bat, the Kitt’s hog-nosed bat or bumble-bee bat, has a wingspan of about 6 inches, while the largest bat, the Malayan flying fox, can have a wingspan up to 6 feet. 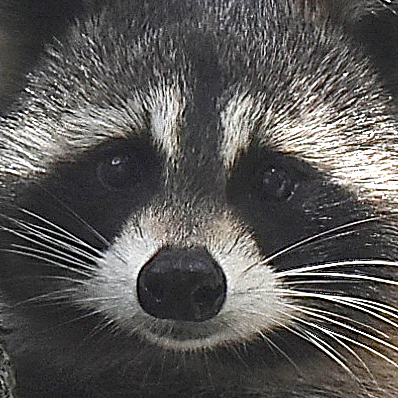 The raccoon, a medium-sized mammal, easily recognizable, with a black face mask outlined in white, a bushy tail alternating black and gray rings, and a distinctive humped posture. Weight can vary from 12 to 36 pounds, with some exceptionally large individuals reaching 50 pounds. 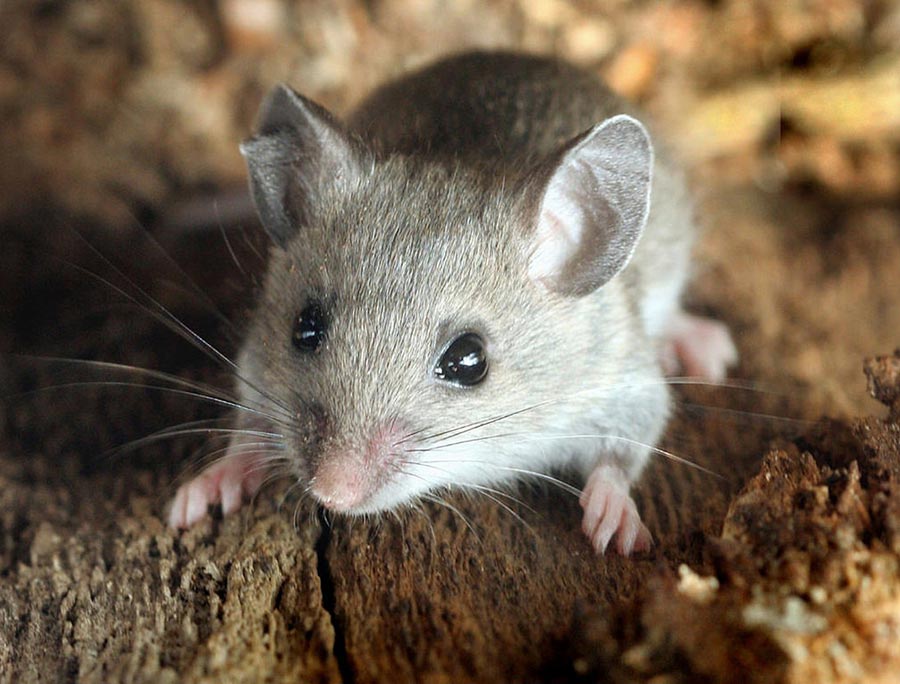 The possibility of not having encountered a mouse some where along the way is relatively low. Common in Massachusetts are the White-footed deer-mouse, Meadow Jumping Mouse and the House Mouse. Mass.gov - Mammals in Massachusetts 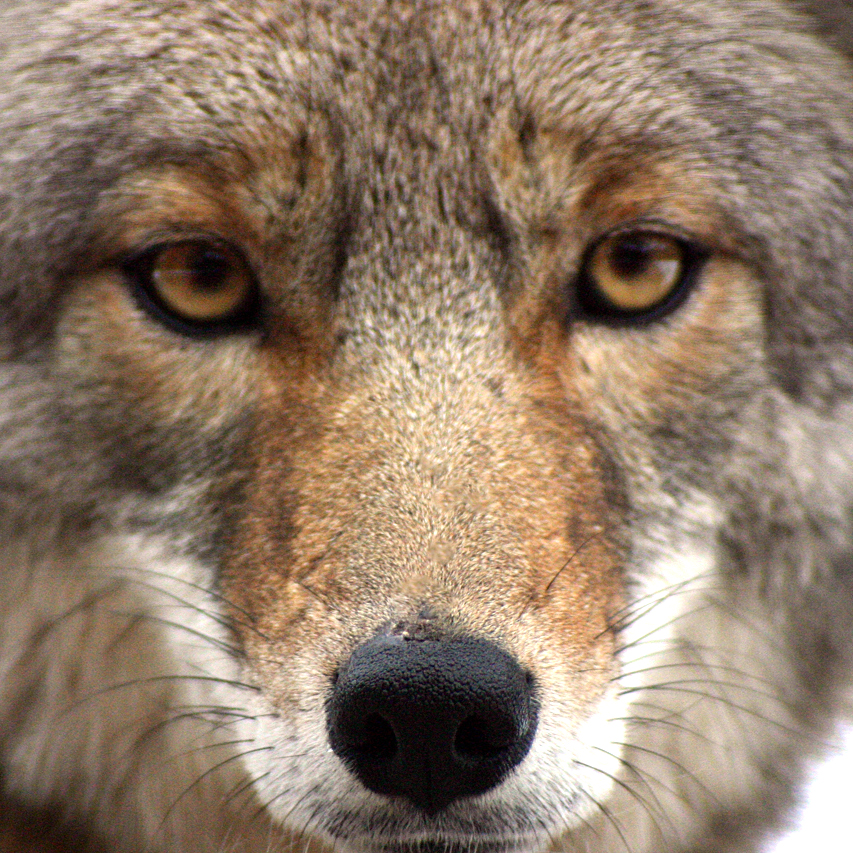 The coyote is related to the domestic dog. Generally 24 inches at the shoulder and weight about 20-50 pounds. Including the tail it can be three to four feet in length. They have narrow, elongated snouts, lean bodies, thick fur, bushy tails and yellow eyes. They are approximately the size of medium sized dog,