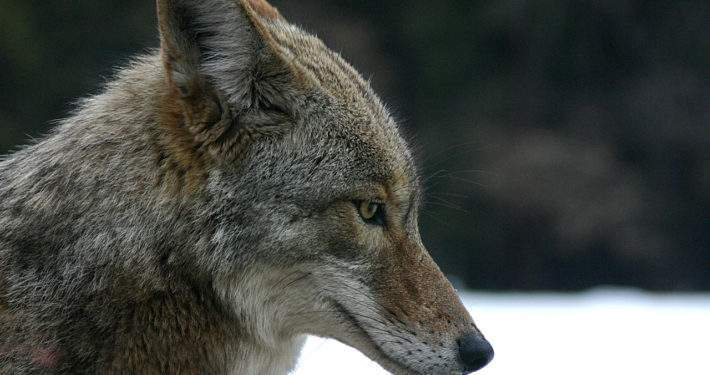 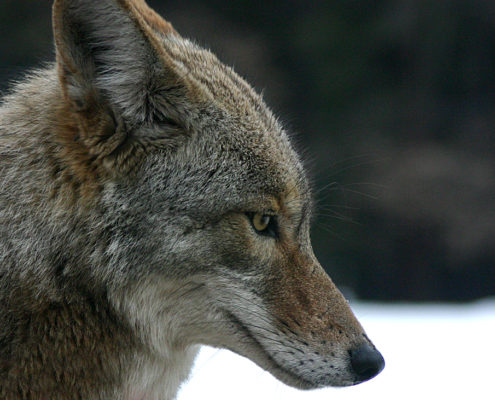 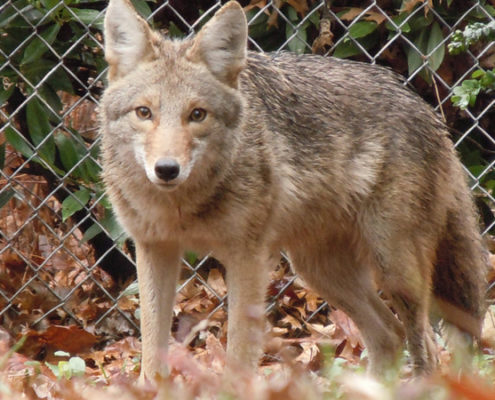 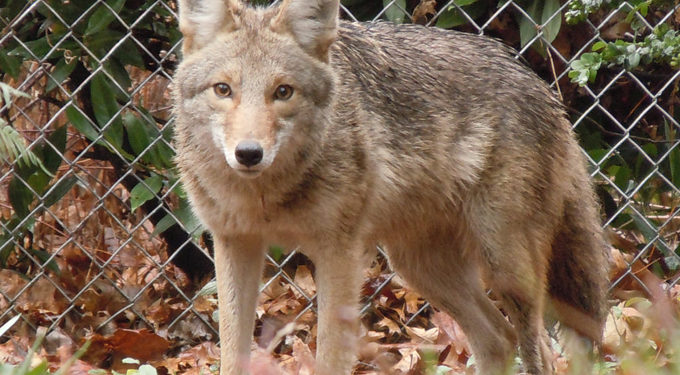 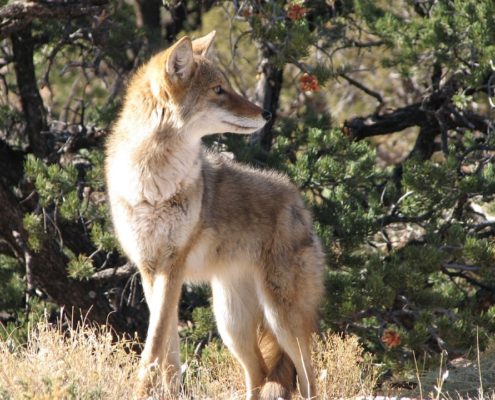 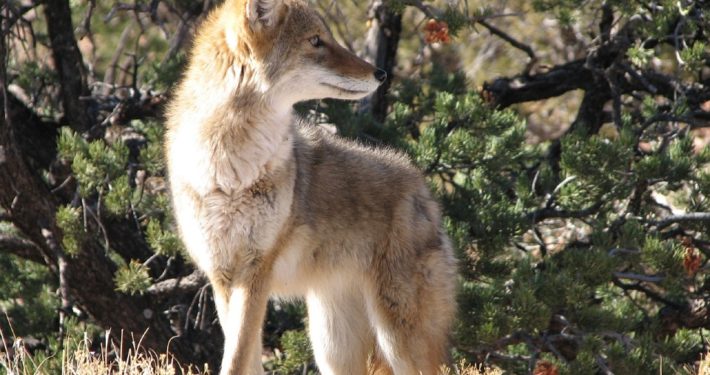 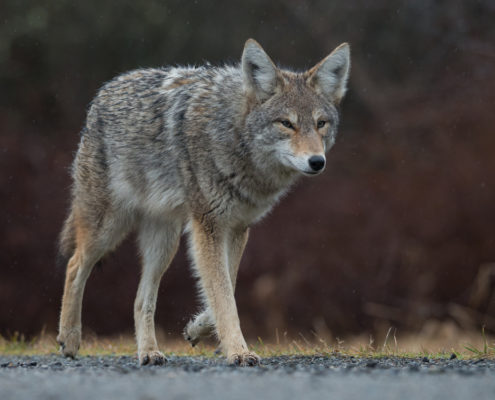 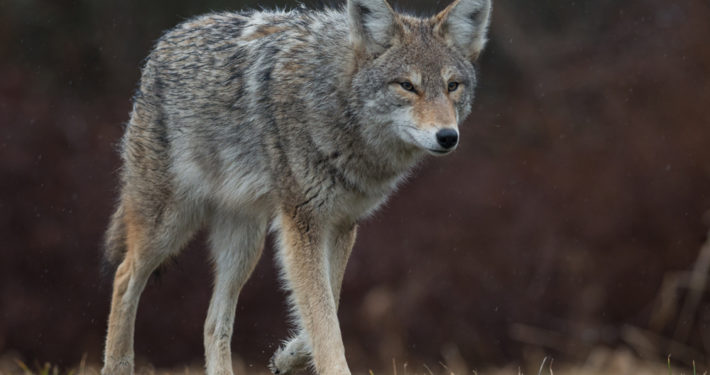 A member of the genus Canis the coyote is related to the domestic dog.

Their long, coarse fur is generally grizzled buff above and whitish undercoat with colors of gray, white, tan or brown with a black or white-tipped tail. Colors vary depending on where they live: darker coats live in the mountainous regions with lighter coats in the desert.

Coyotes are known for their ability to adapt to any environment. They are omnivores—their willingness to moderate their diets from being meat eaters to eating fruits and nuts aids their adaptability. Their keen senses of smell, hearing and eye sight help them survive in close proximity to areas heavily populated by humans--they have been known to live in parks in major urban areas. Their range sprawls from Alaska to the U.S. northeast and into Central America.

Coyotes den in burrows in hillsides and in thick undergrowth, where they give birth and raise their young.

Coyotes are nocturnal hunting at night. They are extremely territorial and mark their domains with urine. They are poorly thought of by people that leave their pets outside at night, as they become prey for the hunting coyote. Known for howling at the moon, coyotes howl while hunting to communicate their locations to each other.

Generally solitary creatures they will form packs to hunt larger species, such as deer. Males will travel up to 200 miles to find food when their current territory becomes overpopulated. Efforts to control or exterminate the coyote by predator control agents seem to have produced an animal that is extremely alert and wary and well able to maintain itself. (Source: Desert USA)

Breeding season is February-March. Gestation is generally 63 days at which time the female gives birth to anywhere from three to 12 young in spring. The size of a litter is dependent upon where coyotes live. In areas where there are a lot of coyotes, the litters will be smaller, and vice versa. Abundance of food and density naturally regulate the coyote population.

Both the male and female take care of the pups; the male bringing food to the female and pups and helps protect them from predators.  Females will stay in the den with the pups until their eyes open—11 to 12 days. By fall the pups can hunt for themselves and are ready to mate within two years. Average life span of a coyote in the wild is 10 years.

Coyotes can also mate with large dogs producing “coydogs.” The survival of this population is poor due to pups being born in the winter making it harder for them to survive. Also the males do not help with care of the pups, also causing poor survival rates.

Some callers will be concerned coyotes that live on or near their property. While these animals can and will harm cats and small dogs, they generally will stay away from adult humans. People should always be cautious with wildlife, and sick wildlife sometimes will approach people. Young children should not be left outside alone, though the chances of a fox or coyote attacking them is slim.

Feeding coyotes is discouraged as they will habituate and loose their natural aversion to humans, increasing the potential for human-coyote conflicts.