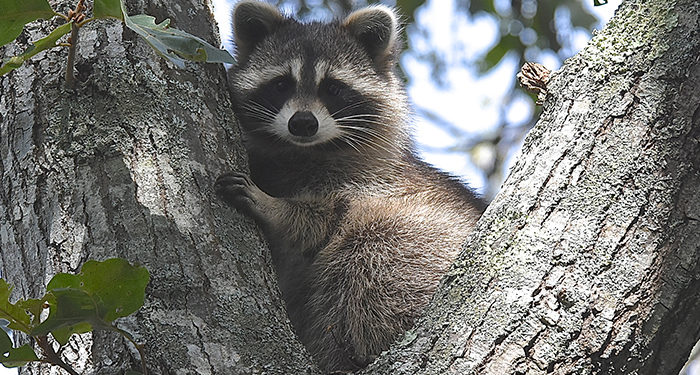 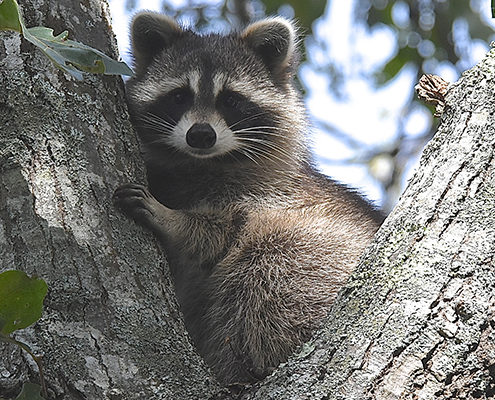 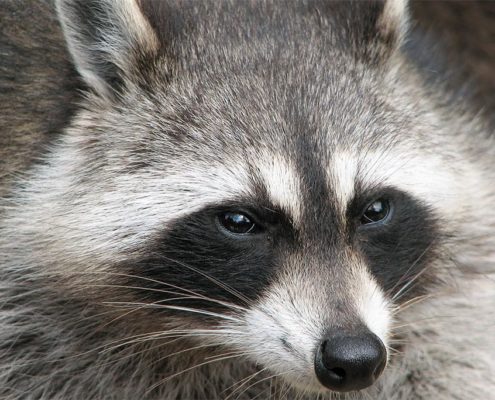 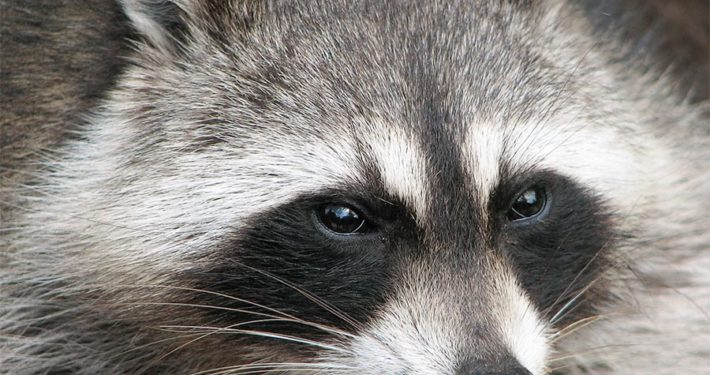 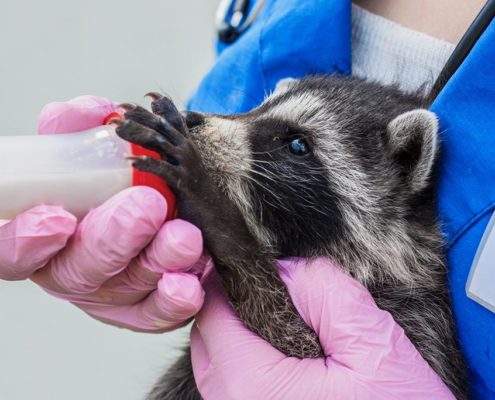 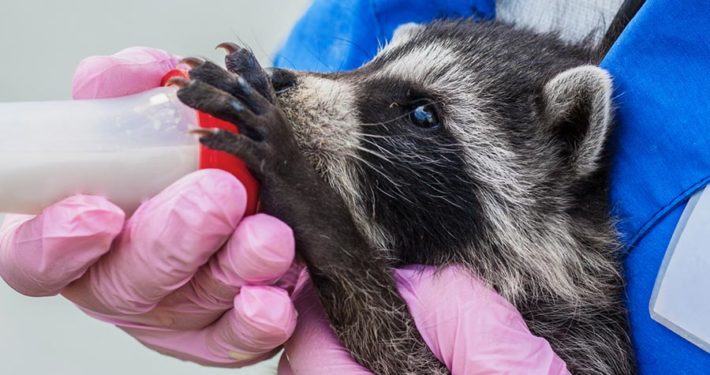 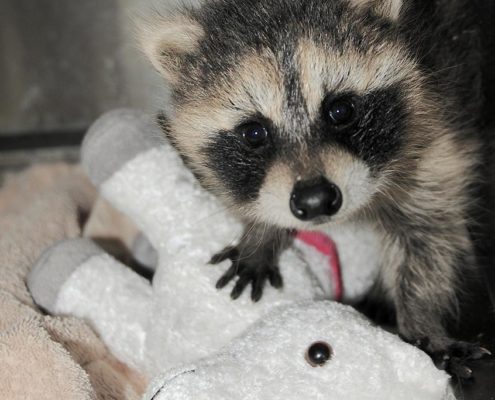 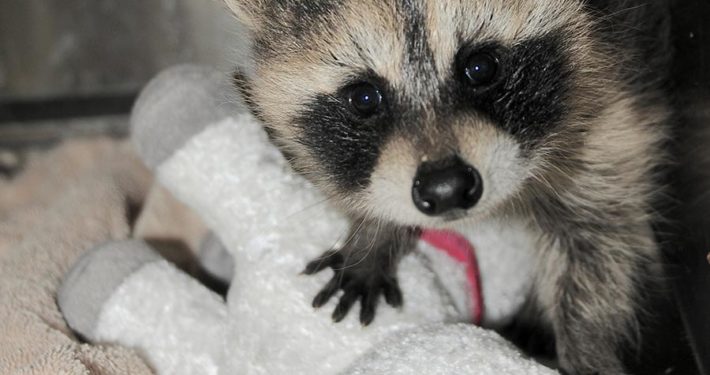 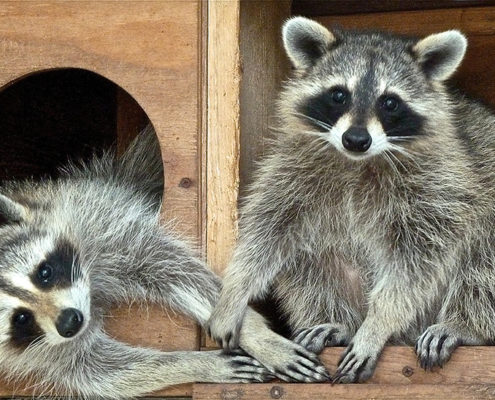 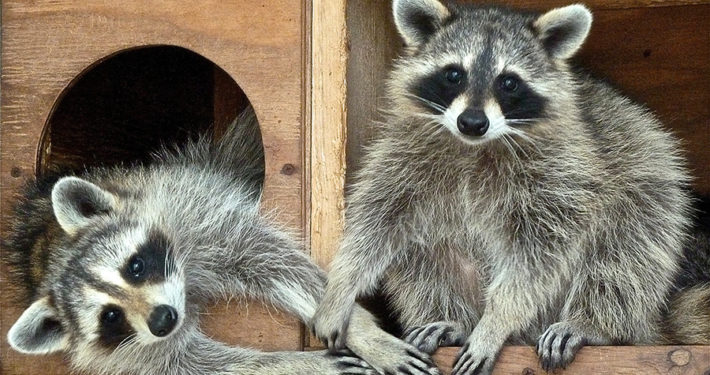 They range in length from 23 to 38 inches, including a 7–16 inch tail. Tracks left by raccoons are easy to identify, as they are quite similar to human handprints and footprints, with five toes and a comparable shape. (Source: MassWildlife)

They are found all throughout most of North America. Traditionally, they prefer heavily wooded areas with access to water and food denning in hollow trees or abandoned burrows. Traveling up to 18 miles to forage for food is typical. However, they have adapted to most locales living in suburban and urban areas with ease. Suburbia offers them manmade “dens” —sheds, attics, sewers, storage areas, etc. Raccoons in densely populated areas tend to stay closer to their dens usually only a mile or so.

Raccoons are nocturnal in nature so their activity periods are at night. They may sleep in their dens for several days during very cold weather in winter, but are active year round. They live in loose knit communities of 4-5 individuals for better protection against predators. Raccoons can be quite vocal using over 200 different sounds, also 12-15 different calls to communicate with one another. They may hiss, growl, snarl, chatter, whimper, scream and possibly purr.

Mating begins in late winter and 1-6 kits are born in April or May. Mothers are very protective of their young until they separate around one year, at which time they become independent. Raccoons generally have one litter a year, unless she loses the first litter and second litter may be generated to take its place.

Raccoons can carry several bacterial diseases and parasites that can be transmitted to humans and pets through a bite or the ingestion of raccoon waste.

Distemper in raccoons is an illness that can also be fatal to dogs and other common pets.  In the early stages, distemper produces cold symptoms in animals, including watery eyes, a runny nose, vomiting, and diarrhea. Later stages yield symptoms including a loss of brain function, which may cause infected raccoons to exhibit zombie-like behavior such as wandering aimlessly and becoming aggressive.
Humans are not susceptible to distemper.

RVS classified. If the animal is exhibiting aggressive behavior, drooling, foaming at the mouth--advise the caller to not approach the animal and to call local animal control officer.

“Have you or anyone else approached the animal?”

If a mammal with these symptoms has bitten, or scratched any person or a pet, the caller should immediately call animal control to capture the animal that will then be brought to the Cape Wildlife Center for rabies testing. The caller should then alert the Barnstable County Department of Health & Environment 508-362-2511, and their own physician (for their family) and/or veterinarian (for their pet).